Navigating a Future for the Arts

How do you approach a capital campaign during COVID-19? The team at the Milwaukee Public Museum, for one, is listening to their donors and focusing on their mission. “To do what’s right for our collection and our community, we need a new facility,” said Lisa Pieper, Director of Individual Giving at MPM. “And there is still a lot of work to do, but our community has told us at every turn that people are interested in the future of the MPM.”

As reported in the Milwaukee Journal Sentinel on September 11, 2020, the MPM will be moving to a new location in downtown Milwaukee. More work remains to be done, but the museum’s team plans to undertake a capital campaign over the next few years to raise additional funds for the site and future building.

Undertaking any major fundraising effort right now feels risky. At MPM, though, the president and board had started laying the groundwork for the move in 2017. “Before the museum closed in March 2020, we were already starting public meetings and in-person focus groups to talk about the potential directions for a new museum,” Pieper said. “After we closed, we started offering Zoom focus groups instead, and have gotten great feedback that way.”

Listening to that feedback has made it clear that the museum has a lot of buy-in from the citizens of Milwaukee. Many residents feel nostalgia for the old location, but they’re excited to talk about the museum’s plans for the future. “Our audience and constituency want to have these conversations right now. They want to talk about what can be and imagine how our community can be better and stronger after this,” says Lisa. The MPM team wants to make the most of that energy, which is why they’ve decided to keep moving forward. 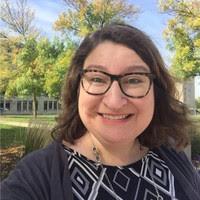 Want to learn more about how the creative sector is collaborating in support of each other and our community? Watch the recording of our September program, Setting the Stage: Navigating a Future for the Arts.

The Arts play a unique role in our individual lives, local economy and the greater society. They amplify our mood in celebration and help us to heal in times of loss. But in the continuing pandemic and economic downturn, who is helping the artists and arts & culture organizations survive? Watch AFP Greater Madison's conversation with a diverse panel representing arts organizations, artists and patrons to learn more about how the creative sector is collaborating in support of each other and our community, including innovative approaches to fundraising and nonprofit management.

Emily Gruenewald - VP of Development, Overture Center for the Arts