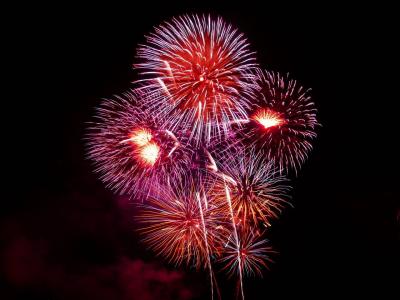 $400 Billion Mark Crossed for the First Time
Stock market, economic conditions helped drive solid growth in contributions across the board

Powered by a booming stock market and a strong economy, charitable giving by American individuals, bequests, foundations and corporations to U.S. charities surged to an estimated $410.02 billion in 2017, according to Giving USA 2018: The Annual Report on Philanthropy for the Year 2017.

Giving exceeded $400 billion in a single year for the first time, increasing 5.2 percent (3.0 percent adjusted for inflation) over the revised total of $389.64 contributed in 2016.

Giving USA, the longest-running and most comprehensive report of its kind in America, is published by Giving USA Foundation, a public service initiative of The Giving Institute. It is researched and written by the Indiana University Lilly Family School of Philanthropy at IUPUI.

“Americans’ record-breaking charitable giving in 2017 demonstrates that even in divisive times our commitment to philanthropy is solid. As people have more resources available, they are choosing to use them to make a difference, pushing giving over $400 billion,” said Aggie Sweeney, CFRE, chair of Giving USA Foundation and senior counsel at Campbell & Company. “Contributions went up nearly across the board, signaling that Americans seem to be giving according to their beliefs and interests, which are diverse and wide-ranging.”

Giving from all four sources and giving to all but one of the major types of recipient organizations grew in 2017, driven by economic conditions. While policy developments may have played some role in charitable giving in 2017, most of the effects of the tax policy changes adopted in late December 2017 likely will affect giving in 2018 and beyond.

“The increase in giving in 2017 was generated in part by increases in the stock market, as evidenced by the nearly 20 percent growth in the S&P 500. Investment returns funded multiple very large gifts, most of which were given by individuals to their foundations, including two gifts of $1 billion or more,” said Amir Pasic, Ph.D., the Eugene R. Tempel dean of the Lilly Family School of Philanthropy. “This tells us that some of our most fortunate citizens are using their wealth to make some significant contributions to the common good.”

In addition to the S&P 500, other economic factors, such as personal income and personal consumption, are associated with households’ long-term financial stability and have historically been correlated with giving by individuals. These factors also experienced strong growth in 2017.

Highlights about Charitable Giving by Source

“Donors and funders are becoming ever more sophisticated in their approaches to making gifts as they draw on the increasing availability of new data, new technology and new ideas,” said Rachel Hutchisson, chair of The Giving Institute, and vice president of corporate citizenship and philanthropy for Blackbaud. “We are seeing innovations across the philanthropic sector that are contributing to strong growth in giving, which benefits everyone.”

The Numbers for 2017 Charitable Giving by Source:

“Giving to nearly all categories of charities experienced significant growth, and giving to foundations achieved a double-digit growth rate,” said Una Osili, Ph.D., associate dean for research and international programs at the Indiana University Lilly Family School of Philanthropy. “Economic growth contributed to these widespread increases in 2017, and there is heightened interest in the overall economic environment and other factors that can help nonprofits sustain this growth over time.”

Highlights about 2017 Gifts to Charitable Organizations

“The broad growth in giving to virtually all charitable subsectors suggests that charities are connecting effectively with their donors and demonstrating their impact and case for support,” said Patrick M. Rooney, Ph.D., executive associate dean for academic affairs at the Lilly Family School of Philanthropy. “While it is too soon to know with certainty how recent policy changes may influence when and how much donors give, what is certain is that cultivating and nurturing strong, ongoing relationships with donors will only become more important as the changes to federal tax policy made at the end of 2017 take effect.”

The Numbers for 2017 Charitable Giving to Recipients:

In addition, giving to individuals, which is less than 2 percent of total giving, is estimated to have declined 20.7 percent (22.4 percent in inflation-adjusted dollars) in 2017, to $7.87 billion, primarily as a result of an unusually high increase in 2016. The bulk of these donations are in-kind gifts of medications to patients in need, made through the patient assistance programs of pharmaceutical companies’ operating foundations.

Unallocated giving was negative $2.24 billion in 2017. This amount can be considered the difference between giving by source and use in a particular year. It includes the difference between itemized deductions by individuals (and households) carried over from previous years. The tax year in which a gift is claimed by the donor (carried over) and the year when the recipient organization reports it as revenue (the year in which it is received) may be different.

AFP Partnership With The Giving Institute

AFP International is proud to partner with The Giving Institute in supporting Giving USA 2018: The Annual Report on Philanthropy for the Year 2017. Giving USA is the seminal publication reporting on the sources and uses of charitable giving in the United States.

AFP members are eligible for 20% off all Giving USA 2018 products.

The special discount code for AFP members is AFPSAVE, and all products for Giving USA can be found at www.givingusa.org.

For over 60 years, Giving USA: The Annual Report on Philanthropy in America, has provided comprehensive charitable giving data that are relied on by donors, fundraisers and nonprofit leaders. The research in this annual report estimates all giving to charitable organizations across the United States. Giving USA is a public outreach initiative of Giving USA FoundationTM and is researched and written by the Indiana University Lilly Family School of Philanthropy. Giving USA Foundation, established in 1985 by The Giving Institute, endeavors to advance philanthropy through research and education. Explore Giving USA products and resources, including free highlights of each annual report, at our online store.

About The Giving Institute

The Giving Institute, the parent organization of Giving USA FoundationTM, consists of member organizations that have embraced and embodied the core values of ethics, excellence and leadership in advancing philanthropy. Serving clients of every size and purpose, from local institutions to international organizations, The Giving Institute member organizations embrace the highest ethical standards and maintain a strict code of fair practices. For information on selecting fundraising counsel, visit www.givinginstitute.org.